Below we walk through a typical model and calculation for an EM-BOLT boltable embed plate (Model BEP-2) using Simpson Strong-Tie Anchor Designer ™ Software, just like you would for a standard field welded embed plate design.

When using Simpson Strong-Tie Anchor Designer ™ Software, the engineer inputs the properties of the design, anchor parameters, and base material and the software creates an image and analyzes the forces within the structure.

The general design method used for the concrete embed plate is ACI 318-14, Chapter 17 and the analysis was done using imperial units. The design dimensions can be found in Figure 1 on the software-generated diagram. The anchor, base material, base plate, and profile type/size can be found from the software output in Figure 2. The recommended anchor is the heavy hex bolt - 3/4"Ø Heavy Hex Bolt, F1554 Gr. 36. 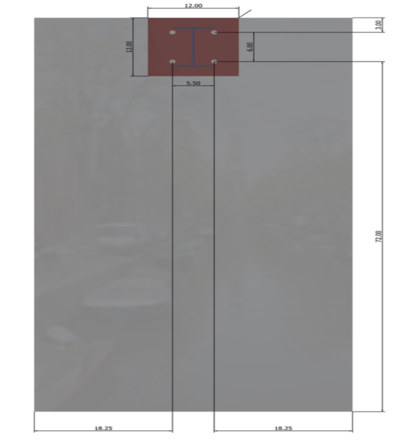 The figure shows a 14,000 lbs shear force along the x-axis with no forces along the z-axis or y-axis.

Next the four anchors and their forces are outputted by the system. In Figure 5, the four anchors can be seen on the embed plate with correct labels and placement. Each anchor showed no tension load or shear load in the y-axis and each anchor had the same shear load in x-axis. The shear load in x and shear combined load was 3,500 lbs for anchors 1, 2, 3, and 4. The sum of the shear loads in x-axis was 14,000 lbs, which matches the total shear load input. The output also calculated the concrete compression and tension forces, along with eccentricity of resultant forces. Figure 6 shows the output of these calculations, and Figure 7 shows the equations and calculations used for steel strength of anchor in shear, concrete breakout strength, shear parallel to edge in x-direction, and the concrete pryout strength. 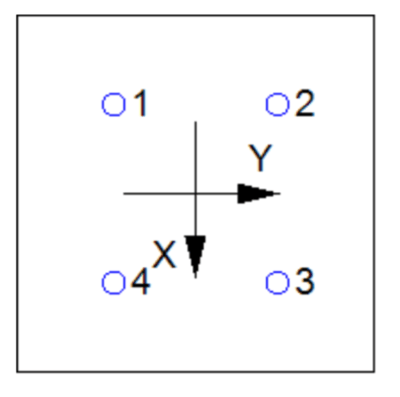 The program used for the embed plate design provides the final results of the interaction of tensile and shear forces in the design. The highlighted areas indicate the governing interaction ratio. The governing ratio was calculated to be 0.97, which was less than the required 1.0 to be considered acceptable. Therefore, in this example the BEP-2 model embed plate design proved to be a valid design with a vertical shear load of 14,000 lbs based on the input values.

The Simpson Strong-Tie Anchor Designer ™ Software is a software system used daily by professional engineers to test different anchor and embed plate designs. The embed plate design was accomplished using this well-known software and has been validated by full scale load testing with observed failure loads exceeding 600 times higher than the allowable loads of ACI-318, Chapter 17.  Although EM-BOLT boltable embed plates are a new innovative technology, one should not fear innovation, but embrace the benefits that new technology can provide, while using a software that is commonly used and accepted by practicing structural engineers. 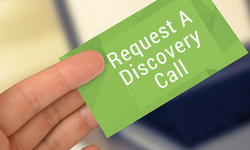 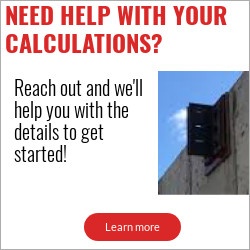